According to the California Association of Realtors, California’s home sales lost momentum in October 2017 to post the first back-to-back annual sales decline in more than a year as a stubbornly low supply of available homes for sale continued to plague the market, especially at the more affordable price ranges.

Closed escrow sales of existing, single-family detached homes in California totaled a seasonally adjusted annualized rate of 431,020 units in October. The statewide sales figure represents what would be the total number of homes sold during 2017 if sales maintained the October pace throughout the year. It is adjusted to account for seasonal factors that typically influence home sales.

The October sales figure was up 0.8 percent from the 427,460 level in September and down 3.4 percent compared with home sales in October 2016 of a revised 446,150. Year-to-date sales are running 1.7 percent ahead of last year’s pace, but the annual sales pace has been declining since the first quarter.

After reaching its highest level in a decade in August, the statewide median price declined for the second straight month in October but remained above the $500,000 mark for the eighth straight month. The $546,430 October median price dropped 1.6 percent from September’s $555,410 price but climbed 6.1 percent from the revised $515,170 recorded in October 2016. The median sales price is the point at which half of the homes sold for more and half sold for less; it is influenced by the types of homes selling, as well as a general change in values.

“While October’s year-to-year price gain was the lowest in five months, we’re still seeing solid price increases, especially in the San Francisco Bay Area. In fact, 20 of the tracked counties recorded strong double-digit, annual price gains,” said C.A.R. Senior Vice President and Chief Economist Leslie-Appleton-Young. “As for home sales, we expect to see year-over-year sales softening in the upcoming months, primarily because of the high sales levels posted in October and November of 2016.”

Other key points from C.A.R.’s October 2017 resale housing report include: 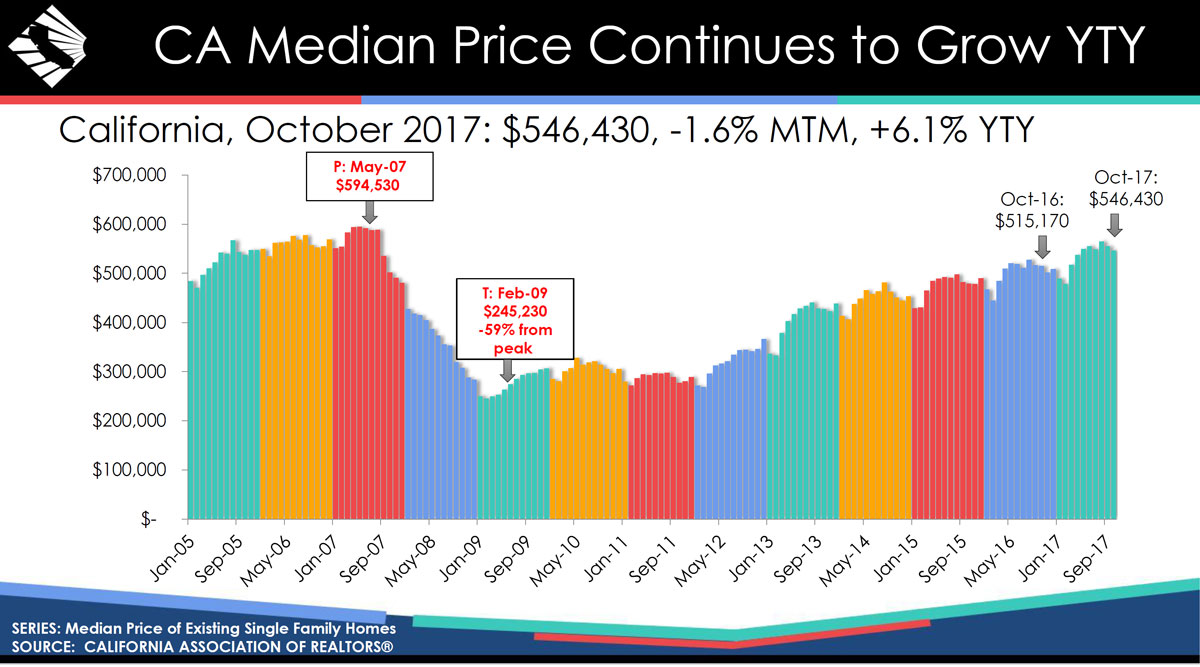 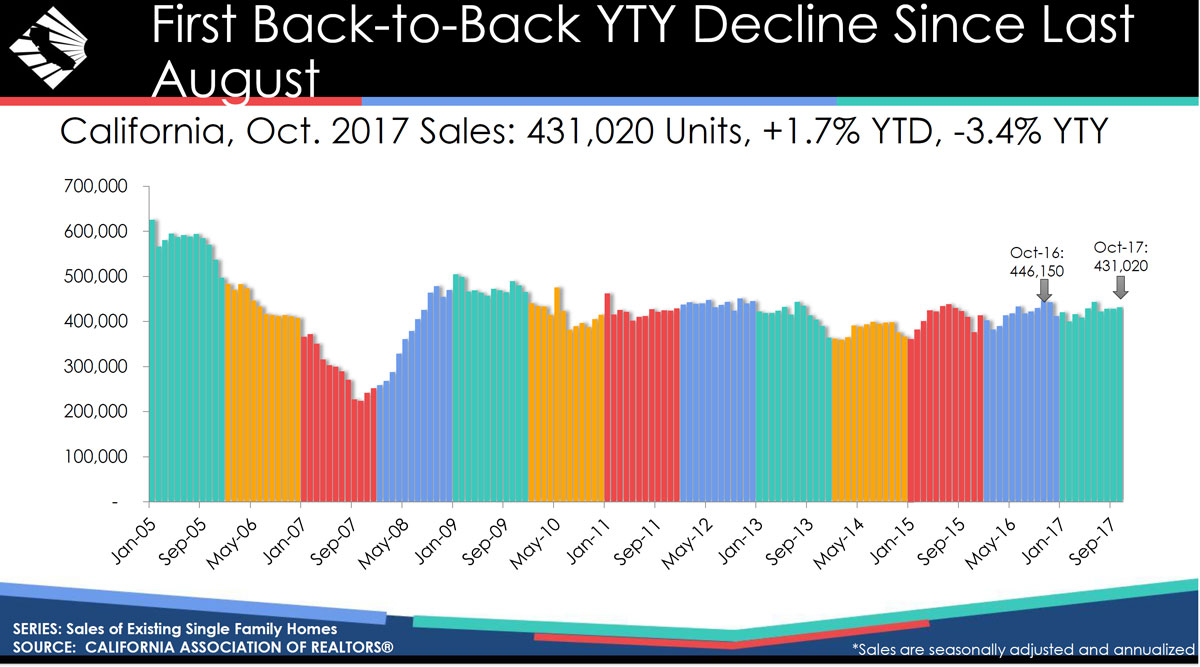 Courtesy of  World Property Journal and credit to Michael
How I Did 110 Transactions A Year With NO Assistants…And You Can Too… Get My Case Study Now>> https://www.myinvestmentservices.com/gift“Guiding You to Massive New Wealth in Real Estate in 1 Year or Less Guaranteed!”

For More Information On Joining Our GIA Team Fill Out The Form Below And We Will Contact You.

IF YOU HAVE ANY QUESTIONS PLEASE FEEL FREE TO CONTACT US.