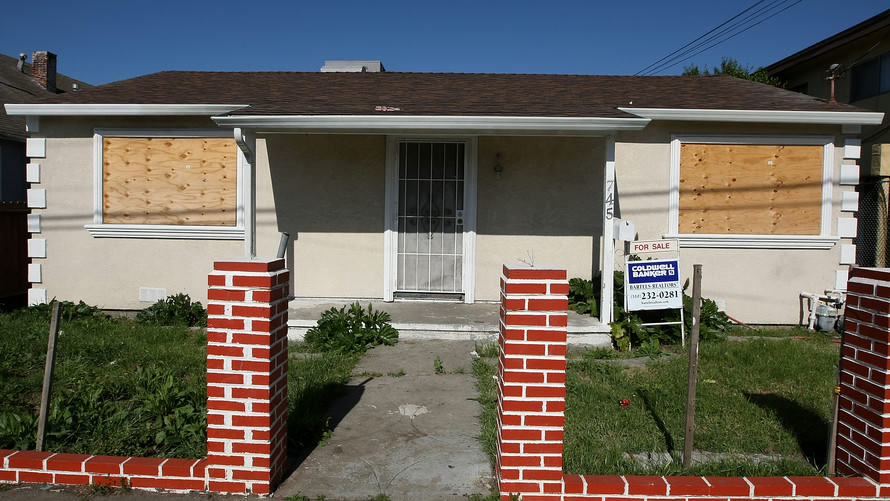 As the effects of the housing crisis further recede, markers of distress are declining, with one notable exception: Among the batches of severely delinquent mortgages bought by institutional investors, foreclosures are on the rise.

The trend is a reminder of the reasons many community advocates resisted allowing institutional investors to buy delinquent mortgages in government auctions that began in 2010. Wall Street, those advocates said, shouldn’t be rewarded for its role in creating the housing crisis with the chance to buy for pennies on the dollar the very assets whose values it dented.

The government auctions promised a risk-sharing solution that would benefit nearly everyone: Homeowners whose mortgages had been bought dirt-cheap could get loan modifications, investors would get profitable assets, and communities would see tax revenues restored and neighborhoods revitalized.

But that win-win-win scenario may bring little relief to the most distressed among those troubled assets. A new Attom Data analysis for MarketWatch shows increasing foreclosures in the mortgages auctioned by the government.

A subsidiary of private-equity firm Lone Star Investments, for example, has foreclosed on nearly 2,000 homeowners this year, through early July, and has increased foreclosures every year since 2013. And a Goldman Sachs GS, +0.77%subsidiary called MTGLQ, which has more than doubled foreclosures each year from 2014 to 2016, may do the same again this year, based on early 2017 data.

Those figures stand in stark contrast to the housing market overall, where foreclosures fell 22% in the second quarter, touching an 11-year low of just over 220,000.

The institutional-investor foreclosure figures are a small fraction of the total, noted Daren Blomquist, Attom’s senior vice president of communications. And they don’t surprise investors who intentionally snatch up the most distressed mortgages available because their elevated risk promises higher yield. Attom Data does show an uptick in foreclosures by other lenders, though not all participated in the government auctions.

But they’re a reminder that a decade after the housing downturn began, the pockets of foreclosures that still pop up represent the worst of the worst, prompting even those questioning the program to agree that some foreclosures were inevitable, no matter who owned the mortgages. Analysts call the current crop of foreclosures “the last of the pig moving through the python.”

And for advocates such as Julia Gordon, executive vice president of the nonprofit National Community Stabilization Trust, the numbers are a reminder that “big chunks of the market are still struggling, and no one seems to care about them anymore.” 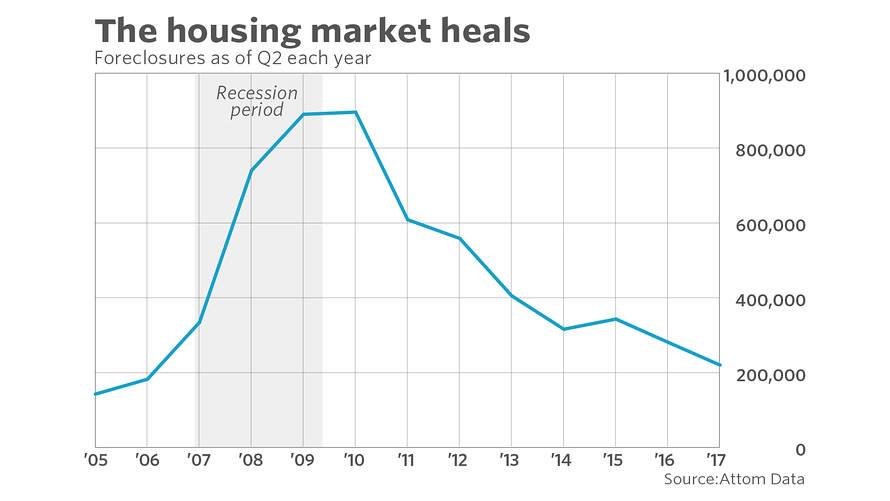 “These transactions are intended to reduce the number of seriously delinquent loans that Fannie Mae owns, to help stabilize neighborhoods and to offer borrowers access to additional foreclosure prevention options,” Fannie Mae said in 2015.

In practice, however, the individual transactions can resemble a war of attrition between distressed homeowners and investors.

Homeowners might vacate properties they expect to lose or fail to take or return lenders’ calls because they’re accustomed to avoiding collections agencies. Some, lacking advisers or experience, may have incomplete or inaccurate records; others may be avoiding payments, sometimes for years, in hope of negotiating a better deal. They may be frustrated because the lending institution through which they secured their mortgage no longer has anything to do with it — a longstanding mortgage-industry practice.

One homeowner interviewed by MarketWatch, who has lived in her red-brick Baltimore town house for 18 years, has seen her mortgage change ownership several times. When she sought a loan modification a few years ago, she said, she was charged $1,000 for the effort and got no relief on either her monthly payment or the interest rate.

When she tried again this year, she said she got a lower monthly bill but was smacked with a $3,000 one-time charge. Meanwhile, she’s struggled to track her mortgage’s owner. “It’s like my loan has been with this company and that company,” she said. The investor that currently owns her mortgage said it would only discuss her case if she gave explicit permission, which she declined to do.

For their part, the investors who eventually own the mortgages say they work to apprise homeowners of changes. Contacting homeowners via phone, mail and door-knocker companies is both expensive and time-consuming, they say. “There may be a learning curve” for investors in dealing with severely distressed borrowers, Attom’s Blomquist said.

Still, because they’ve bought the mortgages for pennies on the dollar, investors can profit if they modify the loans to produce either a fixed-income stream or a “re-performing” loan that can be resold.

But the end goal is the same, they claim. “A completed foreclosure is the costliest and most time-consuming outcome, and provides the lowest possible return on investment to the investor,” a spokeswoman for Oaktree Capital Management told MarketWatch.

A 2016 report by the progressive labor organization Unite Here examined Oaktree’s record, studying 612 loans in Baltimore. Oaktree, among the larger buyers of loans, modified just over 14% of those loans, the report said, with outstanding principal increasing in more than half. More than 60% had been foreclosed upon or were in the process, according to the group’s analysis.

The Oaktree spokeswoman said it had modified more than 16% of its loans in the greater Baltimore area, for giving some $4.5 million in principal. More than 55% of the loans were already in foreclosure when purchased, she said, and Oaktree has sold or will sell 180 foreclosed homes back to community groups at a loss. 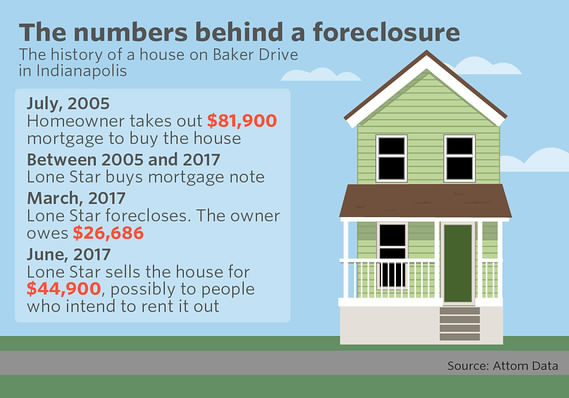 Goldman Sachs declined to provide comment for this story. A spokeswoman for Lone Star Funds told MarketWatch that loan modifications are its “preferred outcome,” with foreclosure a last resort.

Lone Star completed more than 20,000 modifications in 2016, even as more than 36% of the homeowners were already in foreclosure when the firm received an application. Over 80% of the loans Lone Star purchases are in default, the spokeswoman said, with an average payment delinquency of about 2½ years.

Many housing and consumer advocates believe the government should auction the distressed mortgages to organizations that help homeowners and communities. There are indications that such deals serve homeowners well — though few nonprofits can afford to buy a meaningful volume of notes.

Read: With few other takers, the government has to sell its distressed mortgages to Wall Street

One exception is New Jersey Community Capital, which has said that, through last year, nearly 40% of its loans have had loan modifications or mortgage satisfactions, well higher than the 16% of loans that HUD has said have been “re-performing/modified” since it began selling them.

Geoff Walsh, a staff attorney at the National Consumer Law Center, doesn’t think the government should auction off mortgages at all, he said. The agencies, he said, already have guidelines for the triage of distressed mortgages and should observe that practice instead.

Gordon, whose organization tries to help community groups and nonprofits acquire bank-owned and vacant properties to avoid blight and revitalize communities, said she’s less concerned with the foreclosures than with what happens afterward. “How you deal with your foreclosed properties,” she said, “is of the utmost importance to the future of these communities.”

Courtesy of MarketWatch and credited to Andrea Riquier.