“The trend in housing starts essentially held steady in October following a decrease in September,” says Bob Dugan, CMHC’s chief economist. ”Nevertheless, new home construction remains very strong in 2017, as the seasonally adjusted number of starts has been above 200,000 units in nine of ten months so far this year.”

In Toronto Census Metropolitan Area (CMA), starts trended lower in October with a drop in detached home and multiple starts. The drop in detached starts is a result of fewer preconstruction sales in 2016 and spring 2017.

Low-rise starts trended higher in Ottawa, but there was a sharp decline of multiple starts. There are many apartments under construction though compared to the previous three years of declines. Overall, starts are 27% higher than the same month last year.

Thunder Bay deserves some attention this month as housing starts hit a three-year high, mostly due to an increase in multiple starts. Downsizing seniors and international post-secondary students are driving demand for apartment units.

On a year-over-year basis, starts in London were down significantly, but detached starts were the highest for October since 2007. The strong population growth and low supply in the resale market have fuelled demand for new detached homes.

Windsor also had a good month with October starts the highest since 2004. Again, we’re seeing downsizing seniors fuelling the demand for apartment units. Detached starts actually trended down for the second consecutive month.

With such a strong year of new condo sales in the Greater Toronto Area (GTA), it seems like multiple starts will stay steady well into 2018.

Courtesy of Newinhome.com and credit to  Lucas 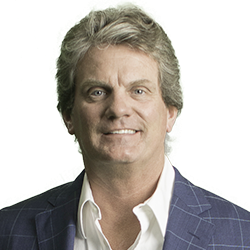